Using the same value components in our series example circuit, we will connect them in parallel and see what happens: (Figure below)

This being a parallel circuit now, we know that voltage is shared equally by all components, so we can place the figure for total voltage (10 volts ∠ 0o) in all the columns: 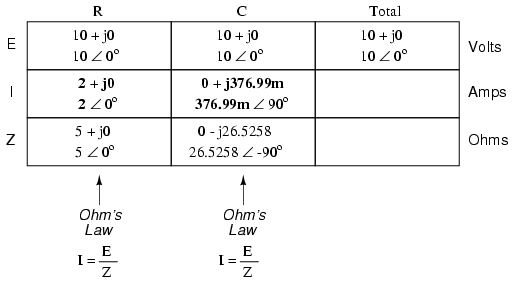 Just as with DC circuits, branch currents in a parallel AC circuit add up to form the total current (Kirchhoff's Current Law again):

The only drawback to using this equation is the significant amount of work required to work it out, especially without the assistance of a calculator capable of manipulating complex quantities. Regardless of how we calculate total impedance for our parallel circuit (either Ohm's Law or the reciprocal formula), we will arrive at the same figure: 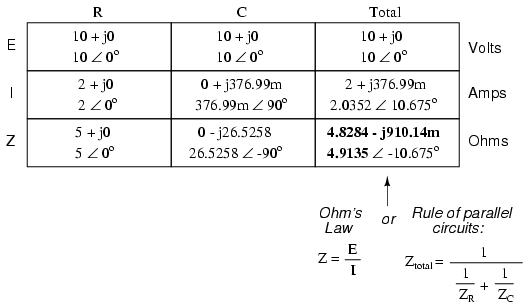